The audience is always ideal
Conversation with Leyla Gencer

– „Trubadur”: You have Polish blood in your veins but you are a very rare guest in our country. 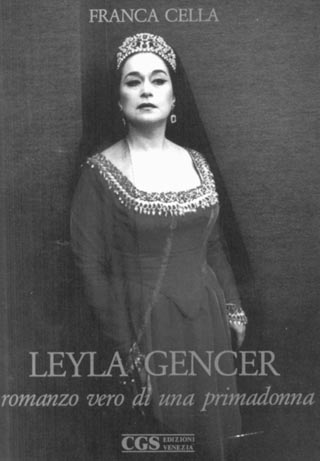 Unfortunately, I have not had many opportunities to visit the country of my ancestors. At the time when I was actively performing on stage I was also invited to Poland. In 1956 I sang Traviata in Warsaw, of course this beautiful building had not been yet reconstructed at that time, later I performed in Łódź and Poznań. Yesterday I met the baritone who sang with me in Łódź! We were both very moved. I travelled a lot around the world, I performed in many opera houses but I did not come back to Warsaw any more. I remember those years in Poland when there were still a lot of ruins, the situation was very difficult. At present Warsaw does not differ from other European cities. I am very grateful to Maria Fołtyn for inviting me to be a member of the jury during the Competition, thanks to her I have had a possibility to see another Warsaw and to recall wonderful memories from the previous visit.

You have recorded a disc with Chopin’s songs sung in Polish!

Chopin’s songs are masterpieces. I had no works of other Polish composers in my repertoire. But I had one more Polish adventure. In 1957 I sang Les Dialogues des Carmelites at La Scala. Poulenc liked my interpretation very much and when he found out that I had Polish ancestors he wrote, especially for me, eight songs to… Polish words. I performed them at La Scala in 1977 during a concert commemorating the composer. Fortunately, there is a recording of this recital.

You are called the Queen of pirates…

I do not like this name but I am very happy that thanks to the pirates and unofficial recordings made by opera houses so many performances in which I took part have been preserved. As you know, great recording companies were not interested in working with me. There is a similar situation today, with recording companies having several singers in their „stables” and making all recordings with them. So, thanks to unofficial recordings my singing has not been forgotten. I have many young fans who have never heard me live. If it weren’t for pirate recordings they would never know my voice and my interpretation. 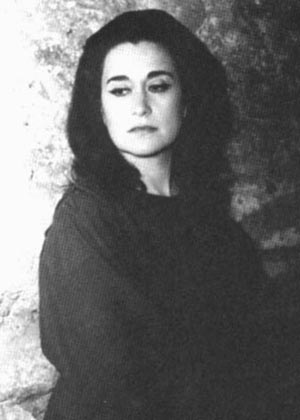 You sang mainly classical repertoire (Verdi, Donizetti, Puccini, Bellini) but you did not avoid the works of modern composers.

I felt best in the 19th century repertoire, I did sing sometimes works of modern composers but – frankly speaking – their music is too often „unvocal”, not healthy for the voice. But I loved to sing in lesser known operas of Donizetti or other famous composers, because I was always very curious, I wanted to know and to perform new things. You cannot shut yourself off with just few operas you perform all your life.

Emotions play an extremely important part in your singing.

You cannot just present solfeggio on the stage, soullessly singing the notes. The real artistry means showing a whole range of emotions and feelings. I think that every artist tries to show his or her feelings and emotions in a way that is the truest to him or her. At the same time all artists also show their own vision and interpretation of the score. A role should be interpreted and not only mechanically enacted; that is why emotions should be heard in the singing. I also think there is no one particular vision or interpretation of a part – that is why you should always look for new means of expression. Singers should be different one from another – if everybody was singing in the same way it would be boring. In my singing as well as in singing of all other artists interpretation and theatrical means of expression have always played a very important part. In my opinion, sometimes a singer should even sacrifice the beauty of the in order to show drama.

A year after your visit to Poland you made your debut at La Scala where you subsequently sang for many seasons. And now you are still connected with this theatre. 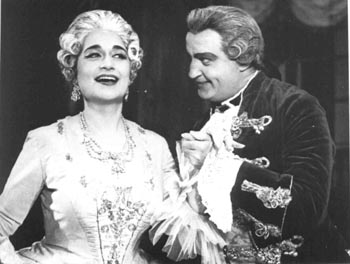 Managing the Accademia di perfezionamento per cantanti lirici Teatro alla Scala is the crowing glory of my career. I try to prepare my students for an international singing career. We try to perfect the technique and – most importantly – the interpretation of young artists. You have to pass three-stage audition to get to the academy, so our students must have solid technique. Sometimes we have to work on some errors of voice production or other purely technical problems. But our main task is to teach foreigners how to interpret Italian operas, to show what is the Italian style, what is bel canto. Working with young singers gives me a lot of joy and satisfaction. Besides the singers from the Accademia take part in performances on the stage of La Scala. Last year it was the famous La Boheme directed by Zefirelli, now we are working on Verdi’s Un giorno di regno directed by Pizzi. We also prepare performances for other Italian theatres – so the students of our academy have opportunities to practise in the most proper place that is on the stages of important theatres. The courses in the academy last two years, during that time the singers receive 2 mln lire a month from La Scala. And there is one more important thing, young artists work not only with singers but also with great conductors and directors.

One of your students, a young mezzo-soprano from Moldova, Natalia Gavrilan, took part in the previous Moniuszko Vocal Competition, there was also an article about her in our magazine [No 12 (2) page 12-13].

This is a very talented young singer. When she entered for the auditions almost two years ago we had no doubts she had to be admitted to our academy. We had more than 200 candidates and we chose only 12 who were the best in our opinion. Gavrilan has already sung Musetta in La Boheme to a great acclaim (this part is rarely sung by mezzo-soprano), now she is working on the part of Giulietta in Un giorno di regno. In March she also sang a piano accompanied recital at La Scala. Natalia is very hard-working, she has made great progress, she is very musical. I think her future is mezzo-soprano parts in Rossini operas.

You are often invited to be a member of the jury during many vocal competitions, there is also a voice competition named after you. What is your opinion about the competition in Warsaw?

The competition is perfectly organised. It is evident that it is organised by serious and responsible people who love art and music. There are also a few individualities among the participants. This is only the fourth edition of the competition but, I think, it already enjoys an excellent reputation and quite rightly so. I have already told Mr. Dąbrowski, the director of the Grand Theatre, that Stanisław Moniuszko Vocal Competition is very important and necessary. And that it must be continued I admire Maria Fołtyn for the great effort she puts into showing your composers, especially Stanisław Moniuszko, to the world.

There was a rather unpleasant and, first of all, a strange event during the competition. Three Russians, the third prize winners refused to take part in the prize-winners concert. I have never encountered such a behaviour and believe me, I have been a jury member at many voice competitions. The third prize is a great award and if a singer shows his or her disapproval for the decision of the jury so openly then he or she should not take part in the competition.

But they do appear.

What then does this elusive, magic power that only few singers have depend on? 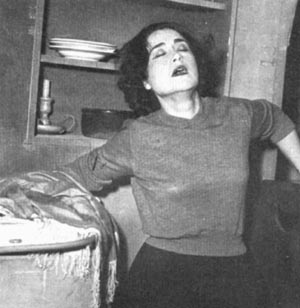 When I started my career I did not believe that I could be a „personality”. But I was sure of one thing – my technique. Only if a singer has an excellent technique can he or she think of the interpretation. And in today many singers, also those performing on the most famous operatic stages, have problems with the proper voice production. This is not the fault of young singers, this is the fault of their teachers! What you call personality is first of all musicality, sensitivity to the music and text, the ability to listen to the music and to express. And it is difficult to learn that. You must have a special gift. You must have a passion for singing, you must love this profession. Operatic singing must be a religion! We should not only communicate through singing but first of all we should pray.

What, according to you, should an ideal audience be like?

I always had an ideal audience! And this was not an accident – the audience is always ideal. Our profession would not have any sense without the audience. When I was on the stage I always felt some contact with the people in the auditorium, I always felt great love towards them. I meet such audience all over the world. I am sure that the Polish public is the same.

Thank you very much for the conversation.

Thank you very much, I am very happy that in Poland there is such a wonderful club associating opera fans.